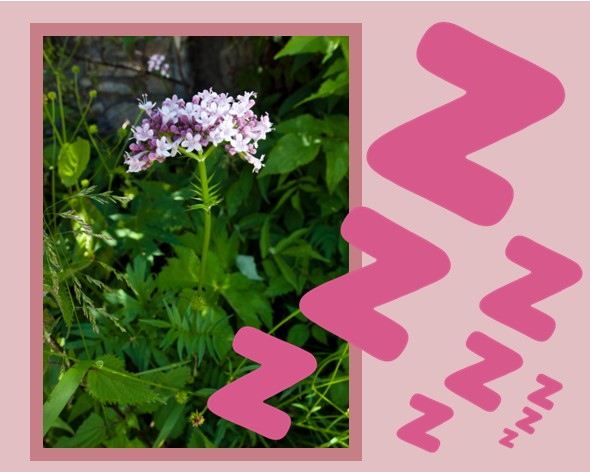 There are lots of over-the-counter (OTC) sleep preparations. They can really help and some are excellent. There are two things about them which I don’t like:

Valeriana officinalis is a go-to sleep herb for many people and lots of herbalists. However, if you’ve ever taken it and found yourself MORE AWAKE after taking them than before, the chances are you’re like me (and roughly 5% of people), and you react in the opposite way to valerian!

Wow. Yes, it is possible to take a sleep herb and be more awake.

That kind of experience tends to give herbs a bad reputation. If you take something and it doesn’t work, you’re then likely to assume that all things like it also don’t work. After all, it’s been manufactured and then sold in a pharmacy, so it must be good.

Also, valerian root can leave people feeling a little muggy the day after, like they have a bit of a hangover. So, taking larger quantities may not be a great idea.

I prefer that the herbs I take are whole plant. If it is root, then I mean all of the root rather than pulling out the known constituent from the herb which is currently shown by research to be the active one. As a herbalist, I like the synergy which occurs between the constituents and how they inter-react. This is something which is hard to quantify and get scientifically accepted proof for. But, it has been shown that for example, the plants from which we can derive salicylic acid have constituents which protect stomachs unlike the synthetic derivative known as aspirin. There is an intelligence in the full spectrum of the plant and I prefer to have that in its entirety in my medicines.

I like collections of different herbs in a sleep mix. Then you get the benefits of a range of different ways in which your sleep is improved. It might be that you need to still your mind, relax your body or cool down from overheating.

I talk more about the different ways to improve your sleep in further posts on sleep. Look for Parts 5 and beyond.

Do you want to work on your sleep? Please get in touch as herbs are a gentle, non-addictive way to really improve the quality and length of your sleep.