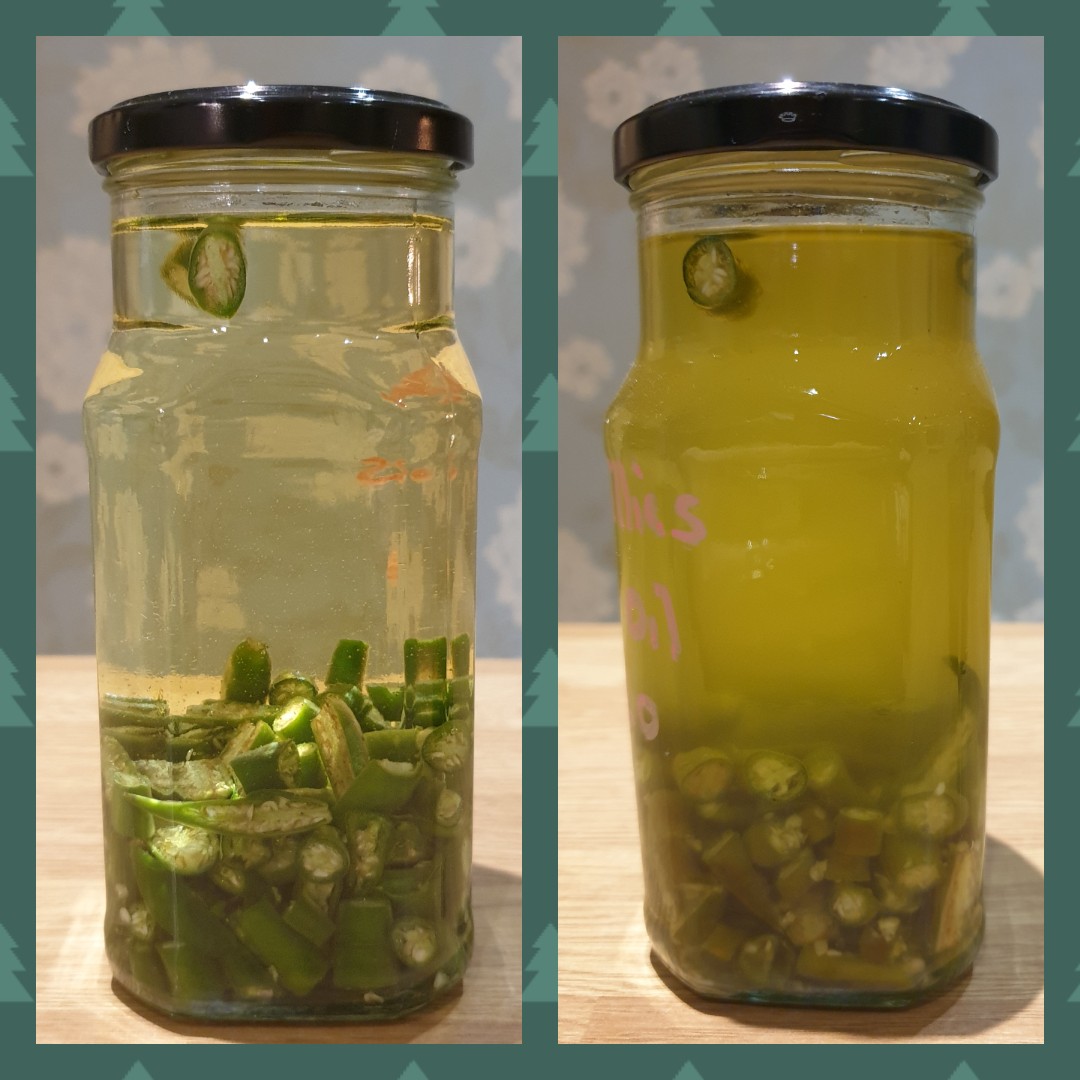 The jar on the left was immediately after putting the oil and chillies together. The jar on the right is after they have been infusing for just 10 days! What an incredible change in colour.

Chilli oil. Sounds yummy, right? But, I’m not making it for oral consumption! What do I use it for in my practice? Well, it goes particuarly nicely in creams for conditions such as arthritis and psoriasis.

Chilli is what’s called a rubefacient and we deliberately use those properties to stimulate a healing response from the body.

adjective causing redness of the skin, as a medicinal application.

noun: Medicine/Medical. a rubefacient application, as a mustard plaster.

Nettle stings are a rubefacient. Now, I can imagine that you are wincing at the thought of a deliberate application of nettles… yes, it’s not fun, but what does it do and why do some people choose to do it?

The essential purpose behind it from a herbalist’s point of view, is to stimulate circulation. When you stimulate circulation, you bring nutrients in the form of oxygen and all the other goodies in your blood and you take away all the waste such as by- products of inflammation.

So, you see, there is method in the apparent madness…

Nettle stings are a traditional rubefacient for arthritic joints – and many swear by it. The Romans were reputed to use them to warm themselves when in cold, damp Britain. Anecdotally, I know the wife of a man who fell into a patch of nettles, was horrendously stung all over but has never had his severe and stubborn hayfever again. (That’s definitely not worth trying at home – it’s hardly a clinical trial – but is still a great story)

Contact me if you would like to make an appointment for your arthritic joints or psoriatic skin.