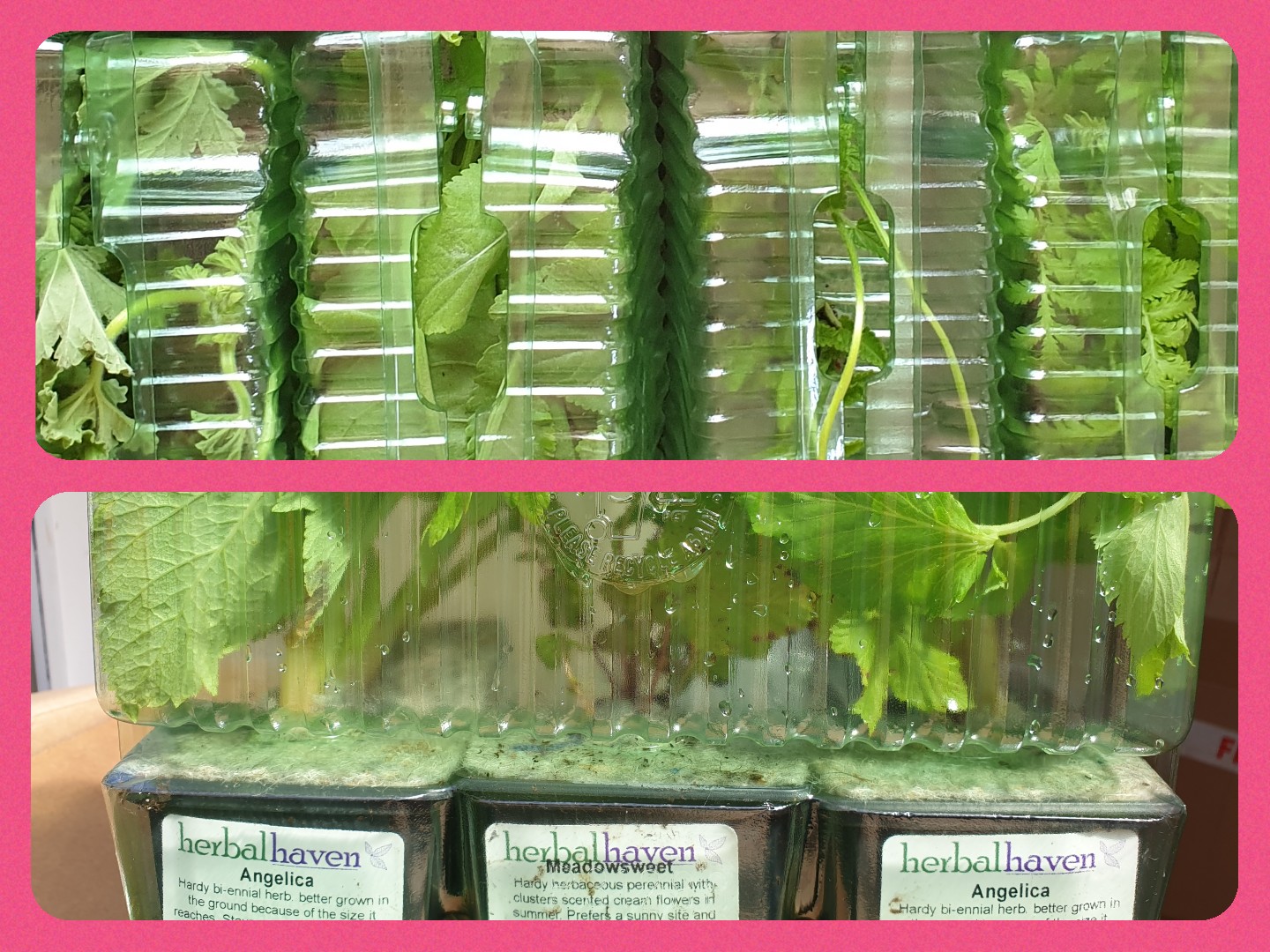 Today was like Christmas! I received a vast plant order from Herbal Haven a marvellous live plant herb supplier in Saffron Walden.

All these little plant babies are now entrusted to me and our garden. I have bought a mix of plants which are medicinal and attractive, purely medicinal and purely as space fillers. We have a BIG garden and it is mostly filled with weeds – all mostly medicinal but which don’t look great as they’re not intentional.

We have a wild bit, a shady bit, a really exposed sunny bit and are at times, overwhelmed by brambles – blasted things! Yes, I know they’re medicinal too but there are soooo many of them.

I have given up on sowing from seeds. I am not very successful and it is too time consuming for the level of disappointment! Last year, I really gave it a go during lockdown and got some great results but nothing like the number I had hoped for. I don’t have a proper greenhouse – just a plastic cover on a frame – and don’t really like covering every available indoor space with seed trays. This year, I sowed 72 seed pods and have 1 measly little Alyssum seedling to show for it! NOT WORTH THE EFFORT…

I have things I have heard of before and things I haven’t. Some reds and pinks to add to our flower bed of white (oxeye daisies, feverfew, foxgloves) and pink (foxgloves). There are red and pink creeping thymes to nestle amongst the rose garden – which was supposed to have some peachy foxgloves this year – harrumph. Cosmos for my mum who tried valiantly and in vain annually to get some to grow in our reclaimed marshland garden in Hackney.

What I have learned is that I try to spread plants out and that they look best in clumps. My gladioli are in 5 small groups of 3 but they’d be so much more beautiful in a large clump of 15 in the flower beds not the herb garden.

This year, I have killed my abundant sage, thyme and rosemary by an over zealous pruning after the snow made them totally bedraggled and semi-dead – they’re fully dead now! The neighbour’s cat has sat on the catnip until it gave up the ghost and the Betony does not like its spot as it has grown but a few cm in the 3 years it has been there. Time to relocate it… but to where? Where would it prefer?

Despite those losses, the herbs I bought last year from Herbal Haven are mostly all back and looking marvellous. I seem to have lost my liqourice but the valerian is a treat! The ladies’ mantle is overshadowed by the bear’s breeches but still going strong. The perennial sweet peas I sowed from saved seed are about to give forth their abundant cerise glory and the foxgloves which self-seed everywhere are magnificent. no sign of the marigolds self-seeding despite being fabulous last year.

This amateur gardener who has heard Gardener’s Question Time all her life, is accepting that time limits mean seeds are out but that baby plants are IN!